Now that we know the what there is to configure let’s look at the how.

Similar to what was described for Apache, the rspamd main configuration file /etc/rspamd/rspamd.conf doesn’t actually contain much configuration but references other files which in turn may include other files. The following illustration shows how the files relate to each other (click to view full size): 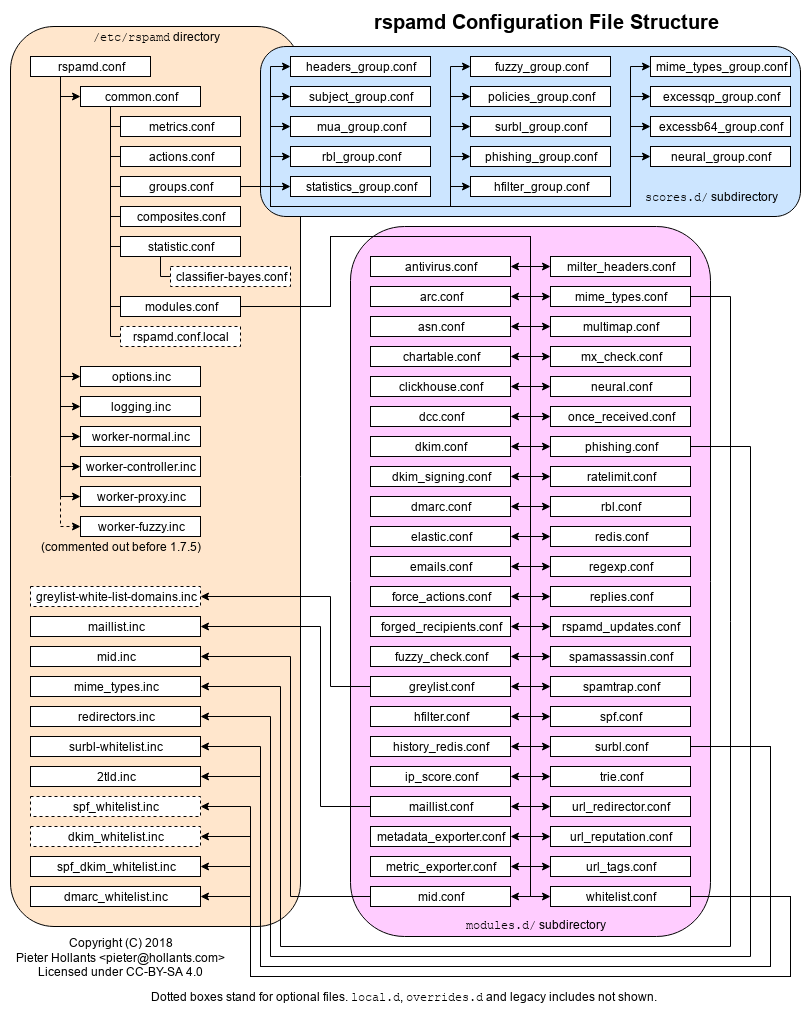 Most of these files give a good hint at what their purpose is:

It is important to note that none of the files mentioned above are supposed to be modified directly, at least not at the locations shown above. Instead the rspamd configuration files provide different hooks where you can tweak the configuration:

Example: Suppose we are basically satisfied with the default logging setup and want to change just a single option. We would then create /etc/rspamd/local.d/logging.inc and place the option in that file. If however we wanted to completely redefine the logging setup, we would instead put our options in the file /etc/rspamd/overrides.d/logging.inc.

This concludes the blog post on rspamd configuration for now. I hope you found it useful. Feel free to send feedback and/or corrections!